Setting up spark on a multicluster Machine

Note : You need a password less access between master and  copy masters pub key defined in : id_rsa.pub move to authorized_key in slave and save.

Dataset Source : Soccer
Use Case and Dataset
The most important part of any machine learning application is to get the right dataset. As I am very much interested in Soccer, I thought of using the previous Premier league to predict winner of this season.
I agree that winner prediction is arguable and its hard to predict the winners due to so many factors associated, but I just want to try my hands on the new machine learning framework released by amazon few days back called “AWS Machine Learning ”.
Steps :
1. Download last 5 years of Premier League data from the website (2010-2015).
2. Data From (2010-2014)  will be the training data.
3. 2015 will be the test data.
4. Extract following information from dataset

The reason I want to include Bet365 is because I think bets tell a lot about the current performance of the team which the match result doesn't tell.
5. Combine all 4 files of dataset into one.

6. Save the dataframe to CSV file
write.csv(finalfile ,"~/My Received Files/test.csv")
7. Sort in alphabetical order.
teams = sort(unique(c(as.character(finalfile$HomeTeam), as.character(finalfile$AwayTeam))))
8. Create a table to store the wins and point record of each team. For that we create an empty data frame called final table with below columns.

9. Store in the above table count of matches all teams we can use the function as.numeric for that

10. Fill other columns based on values.
The values can be filled using FTR.  Extract the hometeam column of the dataset and see if the FTR column is H, D or A.  Group all these together first based on FTR H then based on team.  Similarly for D and A. and also for win and loss.

11. Calculate total wins, games,draw  and loss. by adding the total for Home and Away games.

12. Calculate percent wins for total, home and away wins.

14. Add data to S3.Since AWS ML uses S3 as data storage, you need to upload your data to S3. Create a bucket in S3 and upload the dataset created above to it. This is our test data and all predictions will be based on it. Our dataset is in CSV format as required by AWSML

15. Open AWS  Console : https://console.aws.amazon.com/machinelearning/
Next step is to create a ML model and link the S3 dataset.
Create new datasource. You can specify data location to be either S3 or redshift.

Data Source :  World Bank Data
Problem :  To observe the distribution of refugees across the globe in past two decades.

this create an object by name mydf. Each cell in a CSV file is in a delimiter seperated format, mostly the delimiter is comma but there can be others as well.  The first row contains the header in this case “Country Name “, “Country Code” and the refugee population between years 1990-2013. We can prevent conversion of string to factor( A type) in R by setting stringAsFactors to false. By default it is true.


5. To check all the column names :
In the console type :


2 char columns are Country Name and Code. The rest are number of people that seek refugee in the specific country.

6. To access columns of a dataframe,
You can use :

To get header names use :

Table command will return you a vector with value in column Country.Name and the count of that value, since these values are population of refugees, which is unique it gives you count 1.

To get the proportion one can use :

Though not required for this data.
7.  Create a new column Category in the data frame

8. To get the upper limit of our data, we need to get the maximum number of refugees by a country in particular column. For Year 2013 the maximum value can be extracted using:

9. There are some countries in dataset where the columns are either not available or empty, resulting in a lot of “NA” in the data. Lets convert all Empty columns to a numerical value of 1(~0).

10.  Since the dataset has  highly varying range of values, ranging from 1 to 2712888, I decide to categories them into different categories. The idea is to create a bucket distirbution. Each bucket will have some capacity, in this case say 10000.


11. Now we have to loop through every cell value in the data frame and replace it with the bucket they fall into.

Excluding all values in the first (Country Name column), second (Country Code column), last column which we created previously called Category.
R provides a method called cut: cut converts the range of values into intervals and assigns the values in x according to which interval they fall.


cut((x, breaks, labels = NULL, ...))
X : a numeric vector which is to be converted to a factor by cutting.
breaks : breaks either a numeric vector of two or more unique cut points
labels”  labels for the levels of the resulting category.

A intermediate factor vector is created for each column and the resulting value of the column is updated with it.  SInce this is a factor vector, the value is typecast to numeric in the next line. If the number of cut points doesn't match based on the cut, an error will be thrown “Length do not match”


No of cutpoint = Data Max Value / Capacity of bucket

12. Convert your data to long format as needed by ggplot
GGPlot is a graph plotting library of R.
Reshape2 is a transformation library. 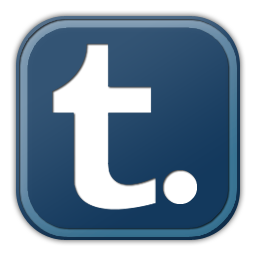 1. Install Ouath2
2. Install Pytumblr
3. Register an Application
https://www.tumblr.com/oauth/apps
4. Get tumblr ouath2, you will get once you create app
5. Enter your credentials in following code in Python file
pytumblr is a library,  through which you can make calls to tumblr.

6. Code to get all blogs you are following

7. Number of posts liked for each blog